Huge grow in clients from abroad for dressage foals

Again a top auction for GPS. In the third edition it was an offspring of Panama du Seigneur who got a bid of 70.000 euro. The average of 25.000 euro for the jumping foals was a new record again. The future seems to be bright for the Grand Prix Sales future auctions. Again the bids came from clients world wide and for both the dressage and jumping collections.

The first auction of the year was a succes already with a top price of 28.000 euros for Chac-Music vd Keienlegger (Chacco Blue) and 20.000 euros for Red Knight DSV (Vivino). The highest bid of 29.000 euros was for the embryo of Chacco Blue out of the half sister of Catch Me If You Can.

All records were broken in the second edition with 85.000 euros for the filly Carlyne de Nyze Z (Chacco Blue). Her full brother Cruz de Nyze was sold for 50.000 euro and Chanel van het Oosthof Z (Emerald van ​‘t Ruytershof) went for 38.000 euro to France. Ravel KL (Le Formidable) was the most expensive dressage foal with a top price of 18.000 euro. Ruig (Bordeaux) and Rockwell VG (Total Hope) were sold for 16.000 euros. They stay in The Netherlands although there were a lot of bids coming from Austria, Sweden, Germany, USA and UK.

South America and the Middle East were also represented with a lot of buyers and bids as example Brazil, Guatamala, Qatar and Kuwait evenso Canada, Switzerland, Austria and Poland.

On the 13th and 14th of December Grand Prix Sales will organize her embryo auction (only implanted). Register your embryo now! We are looking forward to hear from you! 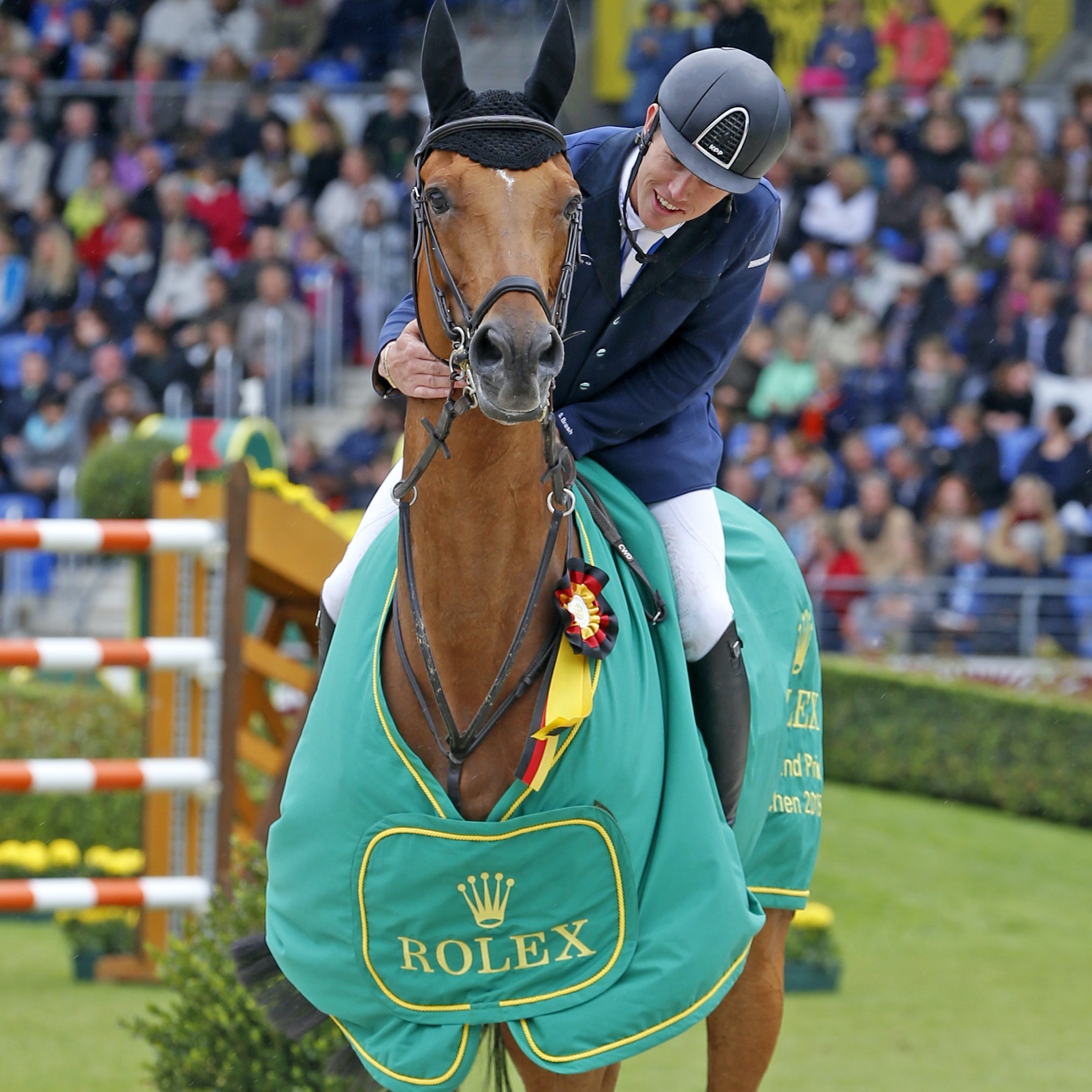 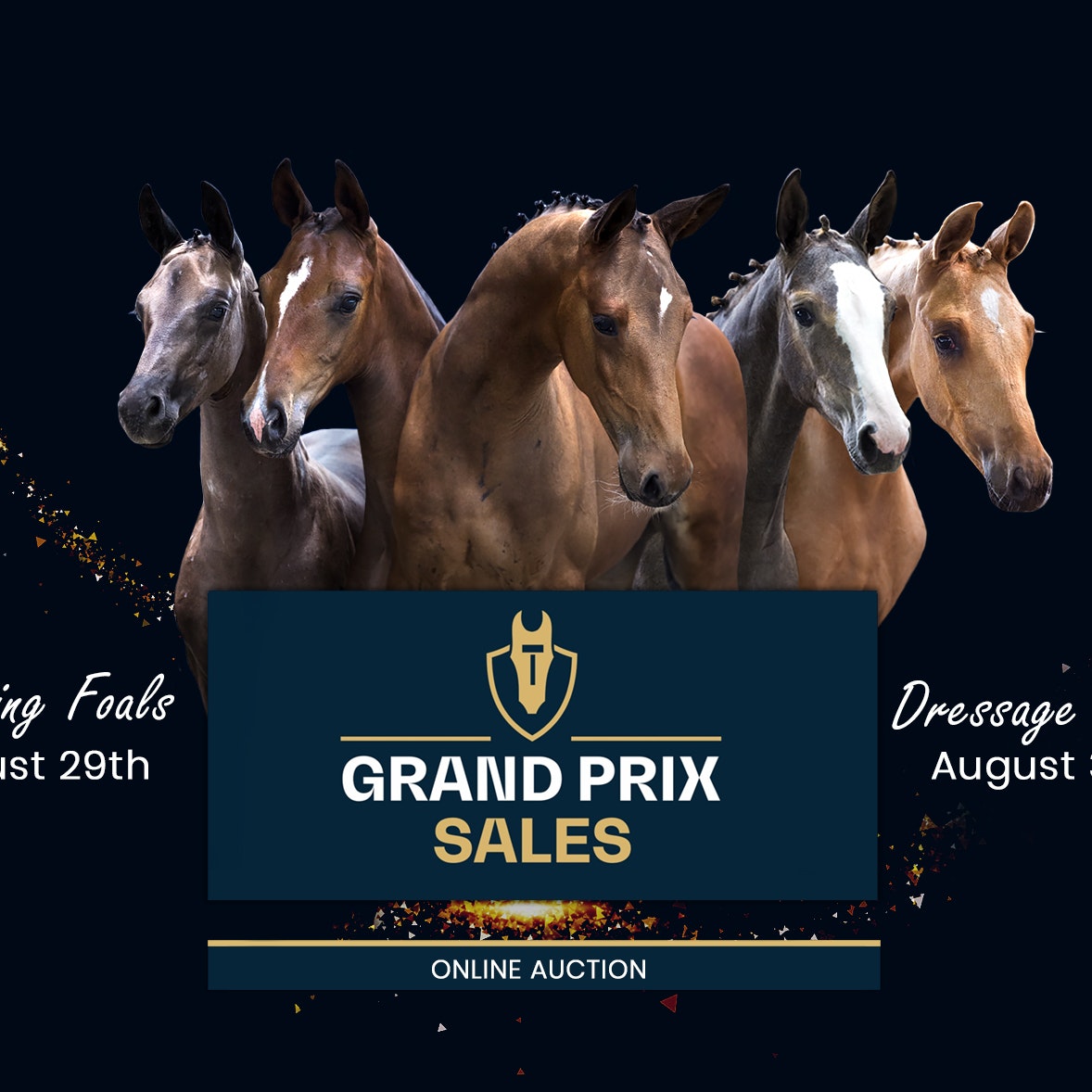 Second edition Grand Prix Sales will be a wrap for sure!
11 September 2021 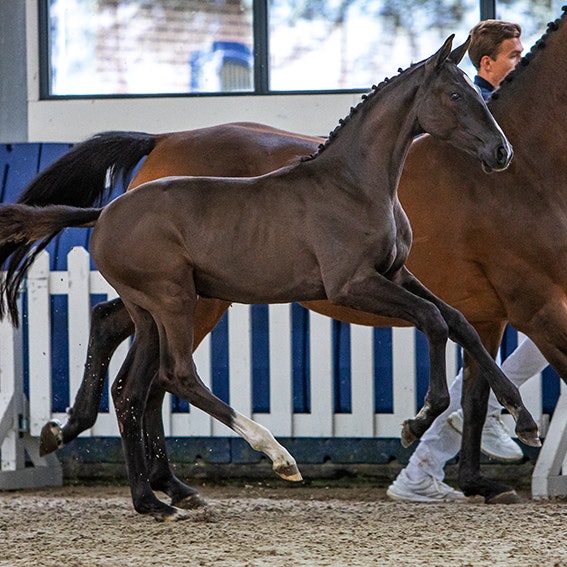 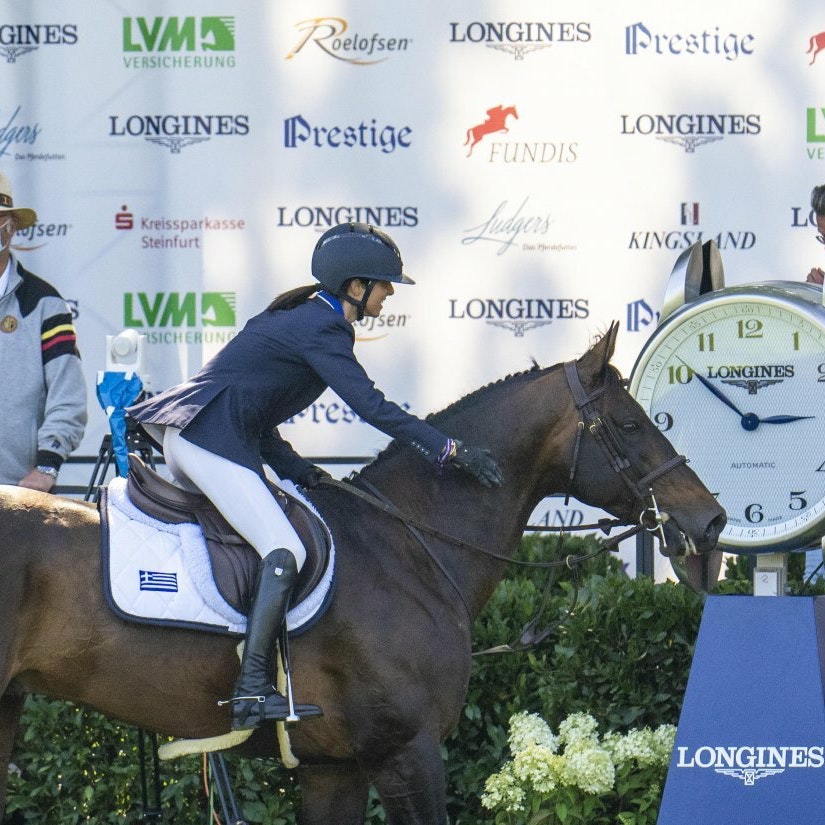 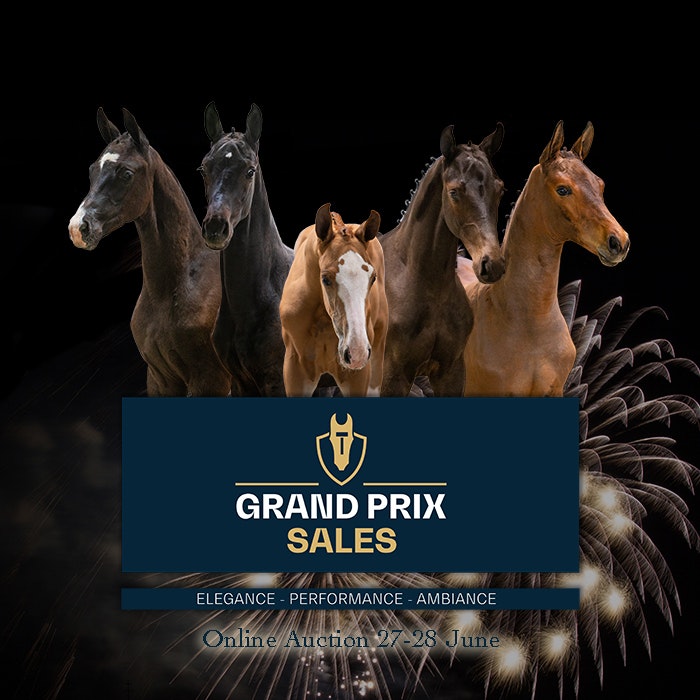